This webpage examines the eyewitness accounts and other evidence that shows Amelia and Fred were arrested and taken to Saipan. There were over 200 individuals who claimed they saw her, this site examines who they were, and what they heard or saw. It includes details of evidence the Electra was found on Saipan, interviews with people who saw her and the Electra before and after they were taken to Saipan. Interviews with over two dozen Saipanese who claim they saw her there and over a dozen US Marines who claim they found the Electra, her passport, briefcase and other details.

Tighar has finally responded to our research...

By saying it's not really research.

And now, if you will, consider my (our) response to the writer of this article, so it's clear what Tighar is really implying about Chomorro and US Marine testimony:

Pg 40. “Glancing out on the runway ramp.. an area not the main part of Aslito Field, but an extended arm of the airstrip at the southwest corner… Near an embankment was (AE’s plane). (LATER) .. a muffled explosion at Aslito Field erupted into a large flash fire… I crouched and crawled toward the airfield. When I could see what was burning, I was aghast! The twin engine plane was engulfed in flames! I could not see anyone by the light of the fire… in July 1944.”

THE SEARCH FOR AMELIA EARHART BY FRED GOERNER

Goerner gathers dozens of eyewitnesses to Earhart’s incarceration and second hand info about her execution.

South African journalist gathers numerous eyewitnesses at Mili, Majuro and Jaluit. There is footage of these interviews, but it exists somewhere in Miami – still trying to locate the negative.

Elgen shows how the original plan devised by radio man Harry Manning was adhered to by the Coast Guard Itasca – they didn’t know Manning got off the plane in Hawaii and wasn’t on the electra. So 90% of all their communication was in Morse code – something neither AE or FN knew.

PG 32. Robert Sosbe, 1st battalion 20th Marines, 4th marine division) Sosbe said he saw the Electra before and during its destruction) “on or about D+5 after our infantry had captured Alsito, the night before, then were driven off, only to capture it again, our Co was called up to fill a gap between our infantry and the 27th Army infantry. The trucks carrying us stopped off the opposite side of the runway from the hangars and tower about 3 to 5 hundred yds. This two engine airplane was pulled from the hangar to off the runway where it was engulfed in flames from one end to the other. I can still remember exactly the way it burned, how the frame and ribs because it was visible. It was about half dark. It burned approximately 15-30 minutes.”

Same page: a letter from Earskine Nabers: “I am seeking Marines who were placed on duty at Aslito to guard a padlocked hangar containing AE’s plane. The hangar was not one of those located along the runway. It was located near what may have been a Japanese administration building, and an unfinished hangar at the tarmac, in the southwest corner of the airfield.

…”we had to get Col. Clarence R Wallace to sign all the messages that came through the message center.) Hq 8th moved back to bivouac area. I was dropped off at the Hangar for guard duty at the main road that went by west side of hangar. The road that went out to hangar, I was placed on the right side, just as it left the main road….

Pg 34 The best I can recall the plane was pulled on the field by a jeep.. the plane was facing north after the plane was parked and jeep moved. A plane came over real low and on the next pass he strafed the plane and it went up in a huge fireball. (We were sitting on the west side of the airfield about one hundred yards from the plane. We were on higher ground. As far as I remember, the (men) that pulled the plane on the field and us guys from H & S 8th were the only ones there.”

Pg 36 Marine Capt Earl Ford of Fallbrook, CA, artillery master sgt with 2nd Marines. Interview 6-7-88 by Paul Cook. “The aircraft was about 100 yards (from me) maybe less. We all saw it. No way we could miss it. A civilian twin engine. No way it was military. American aircraft in civil registration… some officers were saying it was Amelia’s… it had only two windows on the side, back here.”

“After landing on Isley.. at 2:30 pm, Japanese soldiers were running around the airstrip, one killed himself in the cockpit of a P47D with a grenade…” I slept fairly well (in the hangar) and (in the morning) wandered over to a large hole in the hangar wall facing the other hangar. The hangar floor and the area between the hangars was littered with debris, displace with siding from the hangars, maybe 65 yards apart, but close enough to get a good look at a familiar aircraft outside the other hangar. My eyesight was acute and what I saw was Amelia Earhart’s airplane!... the next morning I went over to see it but it was gone.”

Jerrell Chatham, 1st platoon, I company, 3rd regiment, 2nd marine deivions: “I was driving trucks .. on Saipan… when we went ashore I saw the hangar where Amelia Earhart’s plane was stored, I also saw the plane in the air. They told us not to go close to the airplane hangar and we did not…”

Pg 44: Howard Ferris, US Marines: “Sent to Saipan for guard dutey… an old hangar structure at end of a runway. This hangar was not large,.. small trees in front of big doors.. (then he recounts the same Marine argument that Devine and Nabers recount – where some Navy brass attempted to get in, but a Marine (Nabers) refused them entry.)” Howard was not present at the fire, but one of his buddies was. The buddy said a truck arrived with many gas cans and the guards saturated the entire hangar.. and it burned totally.

Pg 50 Robert Sowash, 23rd regiment 4th Marines Division: “I saw a plane in a building that was not a military plane.. I remember other Marines saying it was the same as Earhart’s. Later the place was cordoned off..”

Pete Leblanc, 121st Naval CB’s, 4th Marine division: “some of our guys were sneaking over towards the airfield to try and see (AE’s plane). We heard there were guards there. Then it was burned up later.”

Over 200 eyewitnesses as gathered by all the different authors with the various reports of her landing on Mili, being brought to Jaluit and incarcerated in Garapan prison.

In order to watch the "Eyewitness Reports" there is now a .99 fee to do so. That video is located HERE: 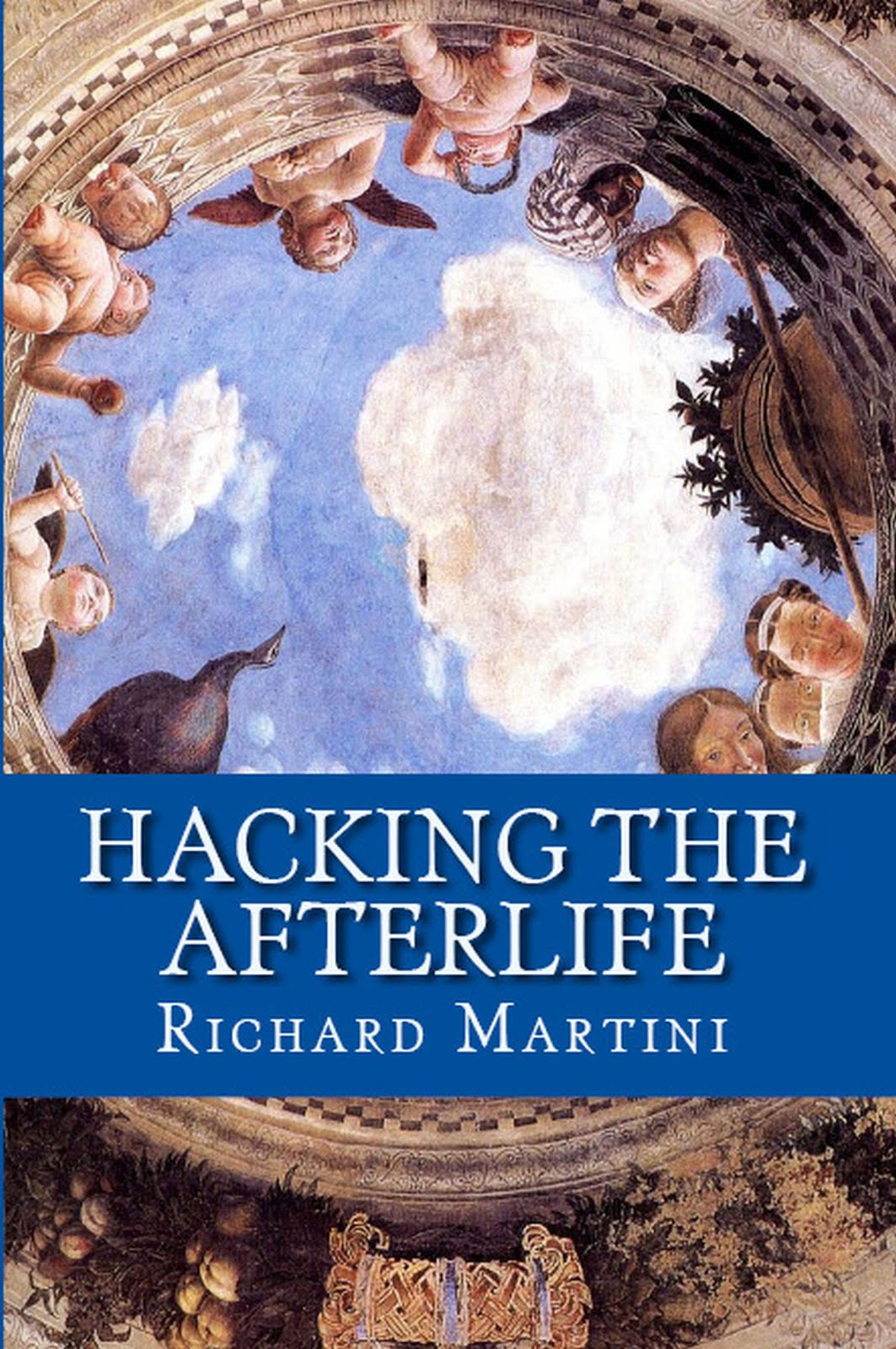 Investigation into the Flipside (including Earhart)

Here's a link to the show - they follow the same path we did, interviewed some of the same people - but added a photograph physical evidence of the plane and a logical version of how she went off course. Here's the full show.

This is an unusual artifact. It's from a book published according to this website in 1935 (two years prior to AE's trip.) The ship in the photograph is identified as the Koshu - and there's a 38 foot plane on a barge behind it. (the accurate length of the Electra.) The History Channel show did an excellent job of matching this fellow on the left of the foto with Fred Noonan's face - and the woman as AE. Aside from the fact that I met a Navy man (Andrew father of Daniel Bryce) who during WWII met a stevedore who claimed he'd taken the Electra off Mili and put it on a barge that took it to the Koshu, or that his brother Doug Bryce saw the Electra on Saipan (EarhartOnSaipan.com has clips) - the question remains - how did this photograph, seemingly taken in 1937 wind up in a book in 1935? There's no hoax here - as I've reported consistently in my 25 years of research - eyewitnesses were every step of the way from her coming into Mili to dying on Saipan to US Marines finding her briefcase, plane and body - I have handled the parts of the Electra that Dick Spink found that a retired NTSB told me on camera "Beyond a shadow of doubt, they had to come from an Electra" - there's a mountain of evidence that puts her on Mili, onto the Koshu, into Saipan. But there's the date of this photo... was it in a book in 1935? Then how do all the other pieces of the puzzle happen to fit this photo? it's a conundrum to be sure - but does not disprove what people have consistently said during the past 25 years... that they saw her. And buried her. (Clips of these interviews at EarhartOnSaipan.com) http://dl.ndl.go.jp/info:ndljp/pid/1223403/99...

"Beyond a shadow of Doubt" AMP talk Saipan

Here's an interview done for an Australian radio station in Melbourne about the Search for Earhart on Saipan. Enjoy!
http://www.radioaustralia.net.au/international/radio/program/pacific-beat/witness-reports-of-earhart-sightings-in-saipan/1095362

AE packs for her flight

Sorry to hear that Tighar is continuing their search on the same island they've been searching, combing for decades. Perhaps the cadaver dogs are needed to uncover this dead theory that she was anywhere near the island.